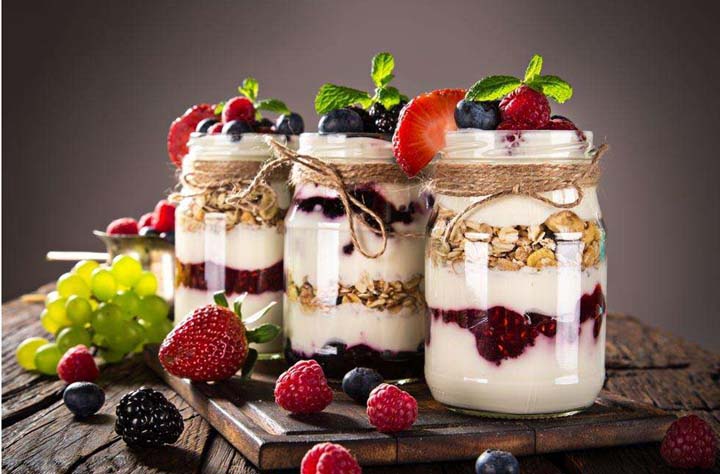 What is the role of Streptococcus thermophilus and Lactobacillus bulgaricus?

Streptococcus thermophilus is a species of Streptococcus, while Lactobacillus bulgaricus is a species of Lactobacillus. These two types of lactic acid bacteria interact with each other to promote the rate of acid production in order that the yogurt can solidify normally, ensuring the taste of yogurt. Both are mixed and cultured to as fermentation agent, and then added to the milk under the temperature of 40-42 ° C for several hours, the liquid milk will become solidified yogurt.

However, the yoghurt made by these two bacteria alone cannot be called high-quality yoghurt, because both cannot exist in the large intestine, and cannot adjust the flora of intestine.

Therefore, to make a yogurt with better flavor and better health care effects, we also need to add some probiotics into it.

Probiotics are the living microorganisms that can exert beneficial effect on the host by improving the host intestinal flora balance. In daily processing line, we often add Lactobacillus acidophilus and Bifidobacterium. These strains have relatively strong health care effects, and also can improve digestion and absorption and regulate the intestinal flora.

Can I drink only yogurt with probiotic ?

It is not only yogurt with probiotics is worth drinking, although traditional yogurt does not contain active lactic acid bacteria, it also bear nutritional value. Why? During the dairy production line, the nutritional content of milk does not decrease during the fermentation of lactic acid bacteria. This process breaks down lactose, increases the vitamin content and the efficiency of calcium utilization. Meanwhile, during operation, it also produces enzymes that help break down lactose and proteins. Thus, you can drink the yogurt without special probiotics.

What bacteria should I add when making yogurt at home?

Home-made yogurt must have two strains, that is, Lactobacillus bulgaricus and Streptococcus thermophilus, otherwise the flavor of yoghurt is terrible.

It ’s okay if you don’t buy bacteria. Just buy your favorite probiotic yogurt in the market, and mix a spoonful of it in the fresh milk that can be considered as lactic acid bacteria.