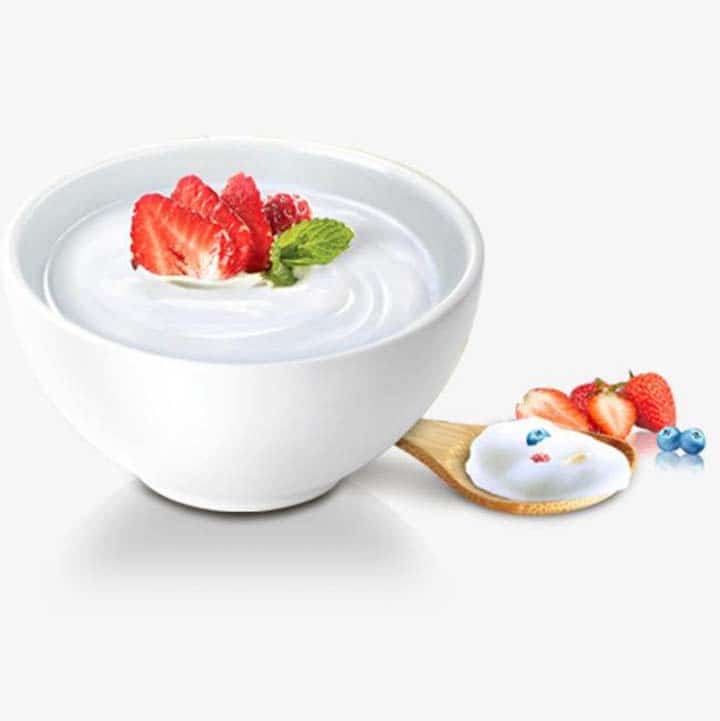 Is it better to drink milk or yogurt?

In fact, the raw material of yogurt is milk, and the yoghurt is made by professional yogurt processing machine. Briefly, fresh milk is pasteurized and added with beneficial lactic acid bacteria, and then fermented into yogurt.

Milk is rich in nutrients such as protein, fat, vitamins and minerals. Milk protein contains amino acids that is necessary for the human body, and the ratio of potassium, phosphorus, and calcium is reasonable. Milk is one of the best sources of calcium in the human body with appropriate ratio.

The difference between them

Yogurt is more nutritious than milk

Yogurt is more attractive than milk

Protein: During the fermentation of yogurt processing line, lactic acid bacteria break down the large molecules into small molecules in the milk, which is more easily absorbed by the body.

Yogurt contains lactic acid bacteria or probiotics, but the milk does not has.

Lactic acid also lowers the pH in the stomach, which activates pepsin to help digest food.

However, these two types of lactic acid bacteria are killed by gastric acid and cannot enter the intestine.

Additives are not included in pure milk, but in the formulated milk or yogurt

1.drinking yogurt at night is best for calcium supplement

2.you can drink yoghurt after using computer for a long time.

3.You will feel energetic if drinking it in the afternoon.

4. Drinking yogurt after a meal is best for the stomach

Note: Milk and yogurt cannot be consumed on an empty stomach.

Milk contains a large amount of protein. Drinking it on an empty stomach, protein will be forced to be converted into heat energy, which will not play a nutritional role.

The correct way to drink it is to eat with food such as snacks, pasta, or two hours after a meal.

When you drink yogurt on an empty stomach, lactic acid bacteria can be easily killed by stomach acid, and their nutritional value and health care function will be greatly reduced.