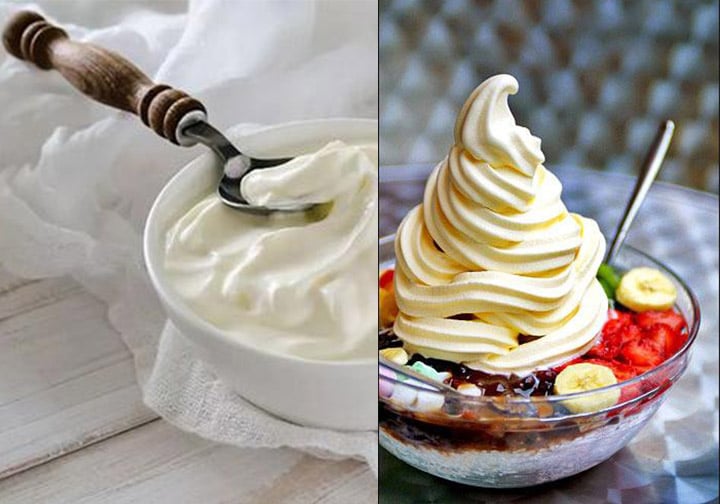 Most people like to eat frozen yogurt and ice cream, especially in summer, they really can bring a unique feeling. What’s the different between them? Have you ever thought about it? yogurt maker machine Philippines is very popular, since people there are like to frozen yogurt.

Frozen yogurt and ice cream have many similarities in the production process and ingredients. The main area of them is that frozen yogurt contains a large amount of active probiotics, and it bears the flavor that common yogurt should have. In addition, air and water need to be added in the process with yogurt maker machine Philippines. Air changes the volume of yogurt, and water help the yogurt achieve a solid state. Frozen yogurt is not completely frozen, but simply contains ice crystals.

The amount of milk fat

In addition, the difference between ice cream and frozen yogurt is the amount of milk fat, and the milk fat can make frozen yogurt taste better. The fat content of ice cream is very high, accounting for 10-18% of the total mass. But frozen yogurt has much less fat.

The extra ingredients need to add

Although sugar is the main sweetener, other sweeteners such as honey and fructose are also mixed and used when making frozen yogurt. Egg whites are sometimes added to improve texture. In order to maintain the smoothness and consistency of yogurt, you can add different edible gelatin that can reduce the number of crystals, helping yogurt yo to melt when eating and maintaining the stability of the yogurt.

The taste of frozen yogurt and ice cream

In addition, the frozen yogurt is low in fat and sugar, and rich in active probiotics, so it is healthier than ice cream. In terms of taste, frozen yogurt has a sweet and sour taste, and it tastes better than ice cream. However, they both have many different kinds of flavors such as fruit, nuts and spices etc, which gives buyers more choices.

By the way, ice cream and frozen yogurt are well welcomed all around the world. Yogurt maker machine Philippines is very common, and most of them are imported from China where there are many professional yogurt making machine manufacturers.